I got out of bed and managed to get dressed and ready before Grace woke up.  Then I toasted a waffle, threw a banana and a sippy cup of milk into the diaper bag and went to wake up my little sleeping beauty.

She was already up so I changed her diaper, got her dressed and hopped into the car.

Our first stop was the ATM to pick up some cash and then we headed over to a Mom2Mom sale.

I’ve only been to one other Mom2Mom, but I already love them.

It’s an awesome way to score great clothes and toys for cheap while helping other moms make a few bucks.  Win win.

I was really, really hoping to find a bathing suit for Grace this summer.  Last year she sported a SUPER CUTE Baby Gap suit that I snagged for $4.

This year we didn’t find a bathing suit, but got a few cute dresses, tank tops, t-shirts, shorts and a pair of summer church shoes all for about $20.

Grace’s favorite purchase was a little talking Elmo.  He’s her favorite Sesame Street character so this toy was a big hit!  I’m so glad I didn’t by one for $10 at Target last week when I was tempted :)

After the Mom2Mom we went to Babies R’ Us for a couple things and then we headed home for nap time.

That’s when all the productivity went down hill.  Andy and I were both super tired, so we put Grace down for her nap without even reading a book first (shame!) and then we both hit the sack.

I was out for over 2 hours and woke up with a pounding headache.  Andy left for work and my sister came over for a little while and we pretty much vegged on the couch watching Army Wives on the iPad while Grace watched The Wiggles on TV.

I hate letting Grace watch TV and generally reserve it for days during the week when I’m working from home and she gets antsy, but I felt so awful all afternoon that I caved.

I made blueberry pancakes for dinner and laughed as I heard Jim Gaffigan in my head saying, “I had pancakes for breakfast today…guess that means I’m not going to shower.” LOL.  Pancakes definitely put you in a lazy mood, don’t they?

After dinner I was still battling the headache but refused to spend more of our day watching TV, so I loaded Grace into the bike trailer and we biked over to a local park for some outdoor playtime.

Well, not before arguing for 15 minutes about her having to wear socks because it’s cold out.  Let’s just say I lost. 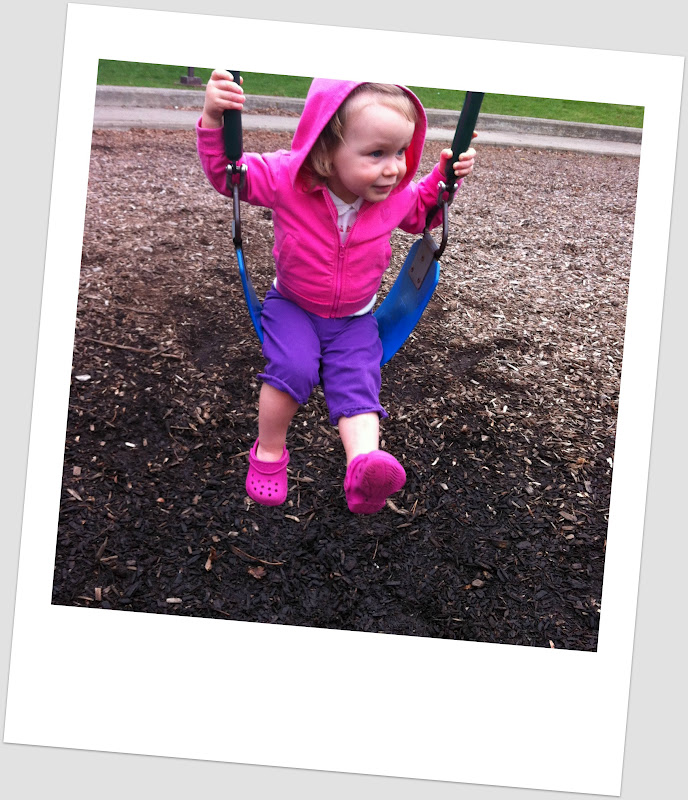 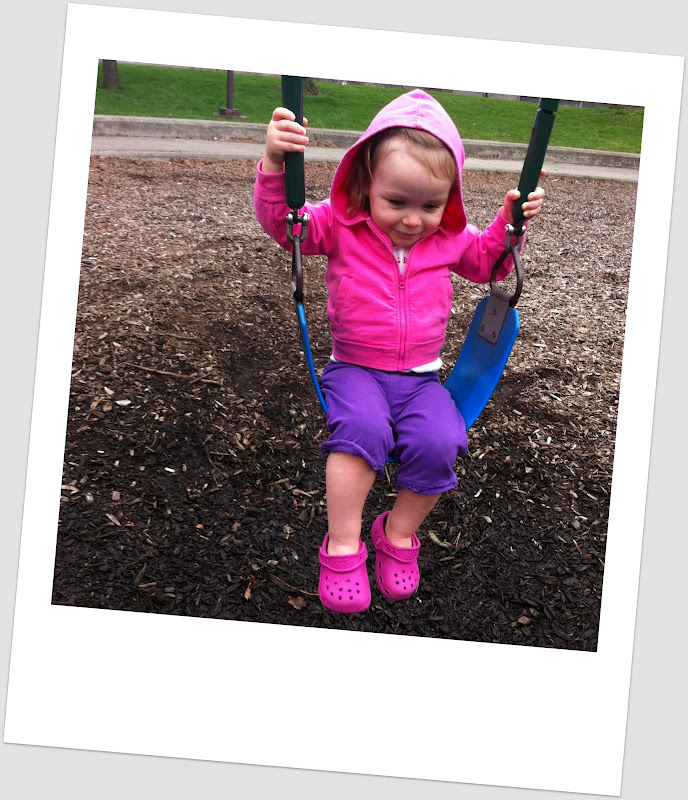 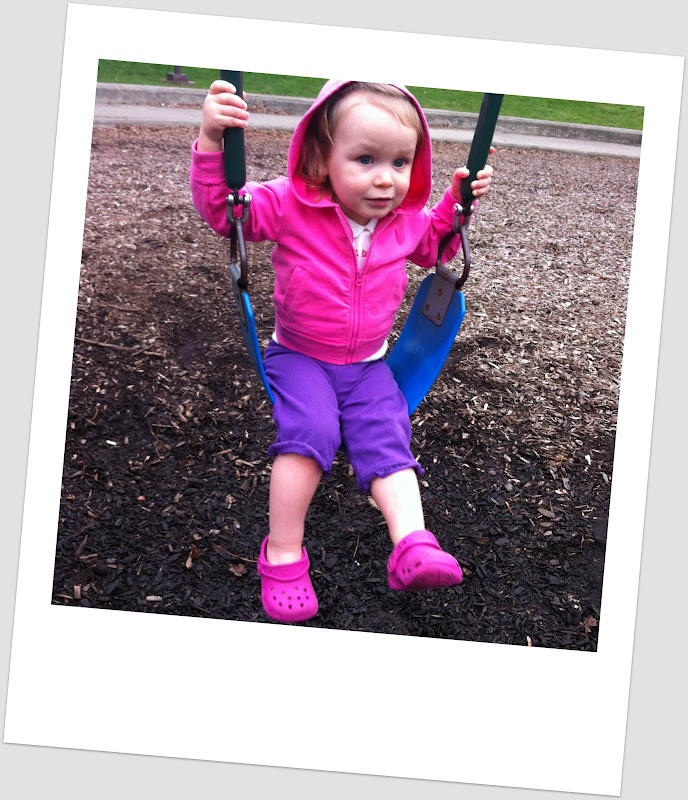 She did a great job on the “big girl swing” for the first time.  I was impressed that she could stay on by herself!

Sadly, my headache persisted while we were at the park and a group of older kids there were driving me crazy by running all around screaming and incessantly asking me, “Can you do this?” as they were swinging on their stomachs, sides or backs or while climbing up the playscape or while standing on one foot, and on and on and on.

On a good day it would have been challenging to entertain all their questions, let alone today with the nagging headache.
Fortunately Grace got all dirty playing in the wet wood chips so I was able bribe her back into the bike trailer by telling her that she needed a bath before bedtime.

Bath time was fun as usual and she actually cooperated for hair washing which was awesome!

She threw an EPIC tantrum about having to get her diaper on.  It was a battle of the wills and fortunately I’m more bull-headed than she is, so I won.

Actually, I should give credit where credit is due….

After about 15 minutes of screaming (which felt like an hour) I laid my hands on her and prayed that she would be able to get control of herself and that God would help her to obey her mama and be a good girl.

Not even 3 minutes after I said Amen (which she always echos!) she laid down on the floor and handed me the diaper.

Overall it’s been a good day despite some laziness and this wicked headache.  I’m glad I still have another day to rest before starting up another busy week.

How did you spend your Saturday?