On August 9 I came home from work thinking it was going to be a quiet Thursday night at home full of laundry and packing to visit my sister for the weekend. Instead, Andy asked me how long it would take me to get ready. I was in just the right mood to ditch my plans for the night and head out for dinner or whatever he had in mind. We had to drop off a framing job to a client first, so we took care of that and when I got back in the car, Andy handed me a notcard that said 1) First you have to wine and dine her and then he told me it was the first in series of clues that I would have to figure out.

Needless to say, I was thrilled! I’ve always wanted to be surprised with a scavenger hunt! I quickly figured out that the first clue led to Salvatore Scallopini (my favorite Italian restaurant!). We ate a fabulous dinner of chicken parmesan, salad with creamy romano dressing, merlot and lots of bread! 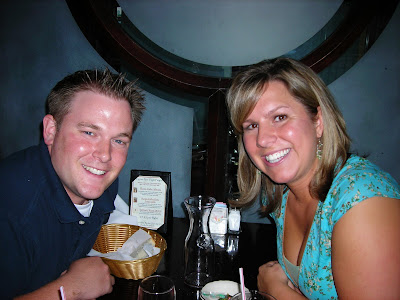 We got back in the car and I was given the second clue. This one led us to Rose Shores hotel where we used to go with our friends to play pool. (Cheesy, I know, but it got us out of the house!) 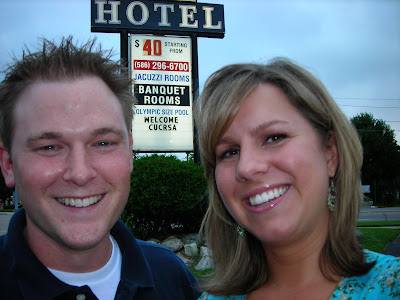 The 3rd clue led us to Lakeshore Lanes -the bowling alley we spent countless weekends at in highschool! 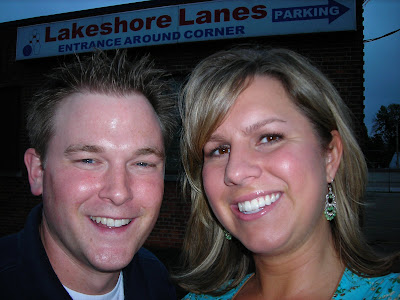 The 4th clue took us to to the Mcdonald’s that Andy took me to for “fine dining!” 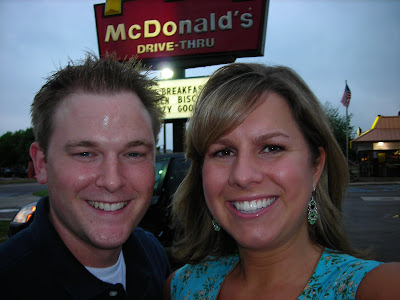 The 5th clue took us to our old Apartment… 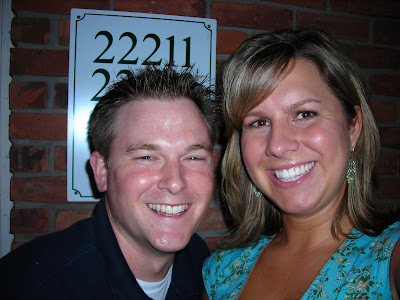 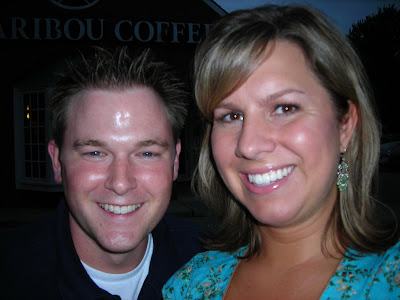 The 7th clue took us to the place we first met… 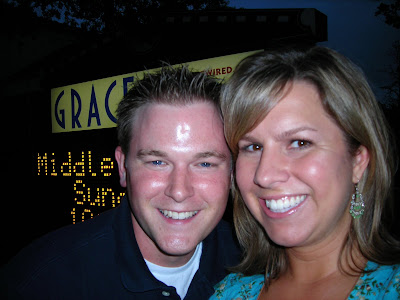 The 8th clue brought us to the house Andy grew up in. It was THE place to hangout during the good old days! We felt weird standing outside trying to take a self portrait over and over, so we gave up and just took one of the house…without the flash! :( 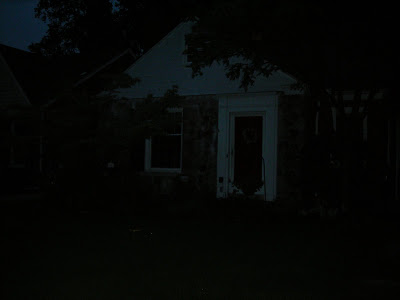 The 9th clue was a frequent stop from our youth…the sign at Madison and Moran where we always stopped for a smooch when Andy drove me home at night! 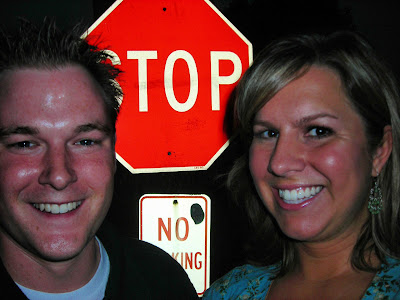 Number 10 was Patterson Park where Andy asked me to be his girlfriend on March 24, 1995… 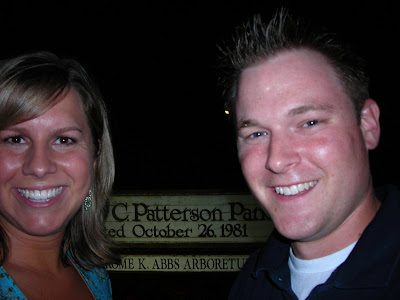 Number 11 was the GP Farms Pier Park where we got engaged…. (the dumb guy at the gate wouldn’t let us in, so we had to get a picture in the parking lot!) 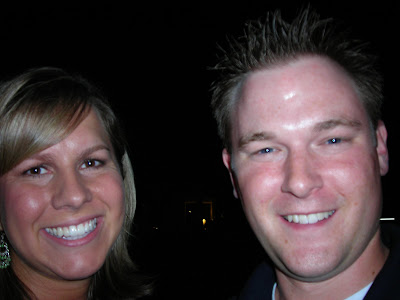 And finally….number 12! The Grosse Pointe War Memorial where we got married! 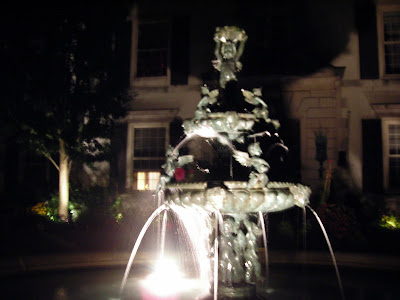 It was too hard to get a picture at the War Memorial since it was so dark. :( After getting the picture, we stopped and sat on the edge of the fountain where Andy read me a poem that he had written for the occasion…how sweet! Then we spent a few moments praying for the future of our marriage. It was such a special moment together.
On our way home, I realized that it was August 9…the day we got engaged 5 years ago! This was such a cool way to celebrate the 5th anniversary of our engagement night…I didn’t think it could get any better….but it did!
When we got home and opened the door of the house, I looked down and saw a path of rose petals that led from the side door all the way into the bedroom… 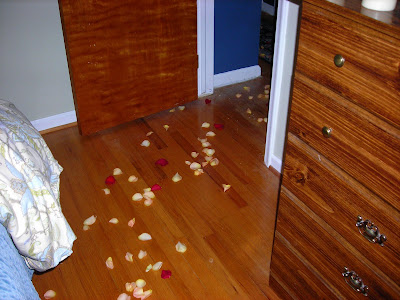 which had candles all around and a heart of petals on the bed! 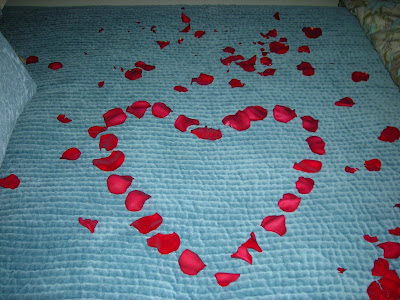 We sat on the bed sharing the wine that my parents got us as part of our traditional 4th wedding anniversary “fruit and flowers” gift. Andy was asking me what my top 3 favorite things of the night were and then, after I told him, he got a funny look on his face and said, “You know what would make this even more perfect?” He opened the top drawer of his dresser, pulled out a ring box, got on one knee and opened it to reveal….

the diamond band that I have been wanting forever!!! I was so shocked and happy! I tried it on right away and have been gawking at it ever since!