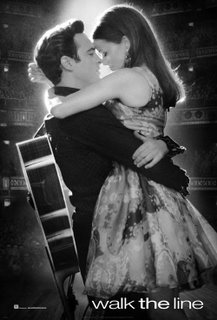 Ok, so this movie is my latest obsession.

I think I saw previews for it a long time ago, but they never really grabbed my attention. Then, several months ago, I was talking to my mom on the phone. She was telling me that she, my dad, and John Paul went out for lunch at the chinese restaurant my sister works at and then they went to the movies. I can remember seeing one movie in the theater with my parents, one movie in my entire life! It was the cartoon movie Prince of Egypt in case you were wondering. So, I was very touched to hear that they all went out together. Then, throughout the past few months, each one of them has told me how much they enjoyed it. My curiosity was piqued. I filed the title in the “movies to rent” section in the back of my mind, but that was the end of it…until all the golden globe and oscar buzz began.

I’m a total sucker for celebrity news. It’s shallow and superficial, I know, but I can’t seem to help it. I always check out the latest news on msn.com or google entertainment news. I pick up a magazine while waiting in line at the grocery store. I have a radar for this type of information. Anyway…I was starting to hear the nominations and the winner predictions and began to loosely follow everthing.

Then, a couple weekends ago, Andy and I spent the weekend at my parents and during weekend rides in the van we heard various popular songs on a Johnny Cash cd. The lyrics were funny and touching and we became more interested in the man and the movie. I asked John Paul for a brief recap of the movie and in his typical 15 year old way he gave me all kinds of random facts that barely touched on the things I was most interested in, but his excitement about the film was contagious. I decided it was a must see.

We’ve had a lot going on lately, so movie rentals have been few and far between. Last Saturday night after eating at the Thai restaurant in the Village, we decided to finally rent the movie. However, after visiting 3 Blockbuster stores, we realized our attempt was completely futile. Everyone else had the same brilliant idea to rent it before the Academy Award show the following night.

Andy and I had both seen it for sale at Kroger (at a decent price!) so we decided to pick it up while we were there buying ice cream.

It was really terrific. I found myself growing so fond of these characters that I had never really heard much about. Reese Witherspoon and Joaquin Phoenix did an amazing job portraying the legendary characters Johnny Cash and June Carter. I’ve been a fan of Reese for a long time, but this is perhaps one of my favorite movies that she’s done. They both deserved the Golden Globes they took home, and I shouted out loud when Reese won Best Actress at the Oscars. I was sorely disappointed that Joaquin didn’t take home an Oscar, but it looked like Philip Seymour Hoffman played a really complex character in Capote, so it was hard to hold it against him.

Bottom line…I can’t wait to watch the movie again, I really want to get a Johnny Cash cd and the movie soundtrack (Reese and Joaquin did the vocals and guitar!) and I want to read the autobiography Man in Black.